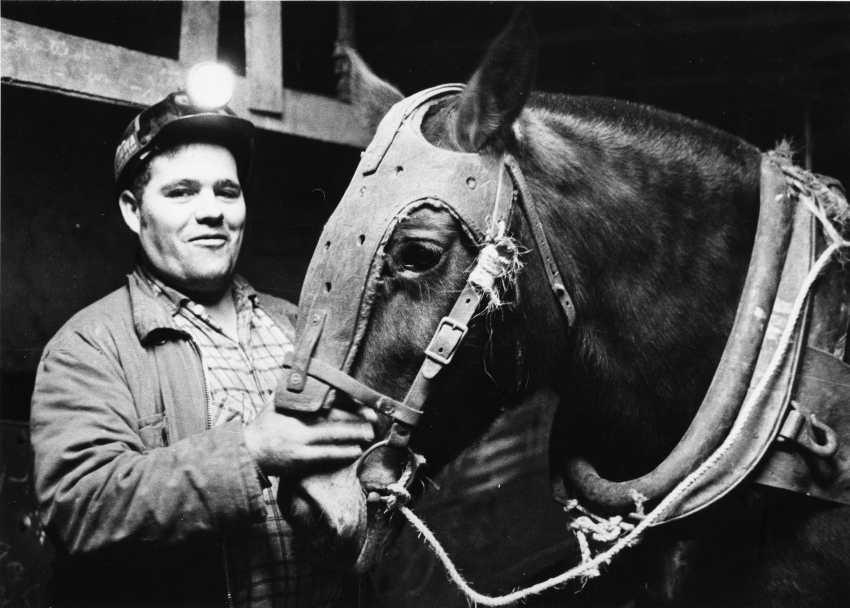 Last Pit Pony in Colliery No. 26

Owen Fitzgerald was born in Sydney, Nova Scotia on November 13, 1952. After attending Ryerson Polytechnical Institute in Toronto, Mr. Fitzgerald moved back to Cape Breton in 1977 to start his own photography business. Owen Fitzgerald Photography Ltd and and its successor Fitzgerald Digital Ltd. (Digital Outrider) operated successfully in Sydney for almost three decades. In addition to the creation of thousands of images, the two companies published books, CD-ROMs, and e-Learning modules. Mr. Fitzgerald's photographs have been published by local news outlets as well as national and international publications such as MacLeans and TIME. The local Chamber of Commerce branch named Mr. Fitzgerald Entrepreneur of the Year in 1997.

After completing a Masters Degree in Business Administration from Cape Breton University (CBU), Fitzgerald has held a number of concurrent positions including; Director of the Membertou Entrepreneau Centre, Director of the YMCA Entrepreneur Centre, and Instructor of Digital Photography and Multimedia Development at the Marconi Campus of the Nova Scotia Community College (NSCC). Owen Fitzgerald is currently the Executive Director of the Mi'kmaq Economic Benefits Office of Nova Scotia.

Owen and his wife Joyce live in Sydney and have raised four children: Scott, Lori, Leanne, and John Patrick .

Item is a photograph of a miner with the last pit pony at the #26 Colliery.