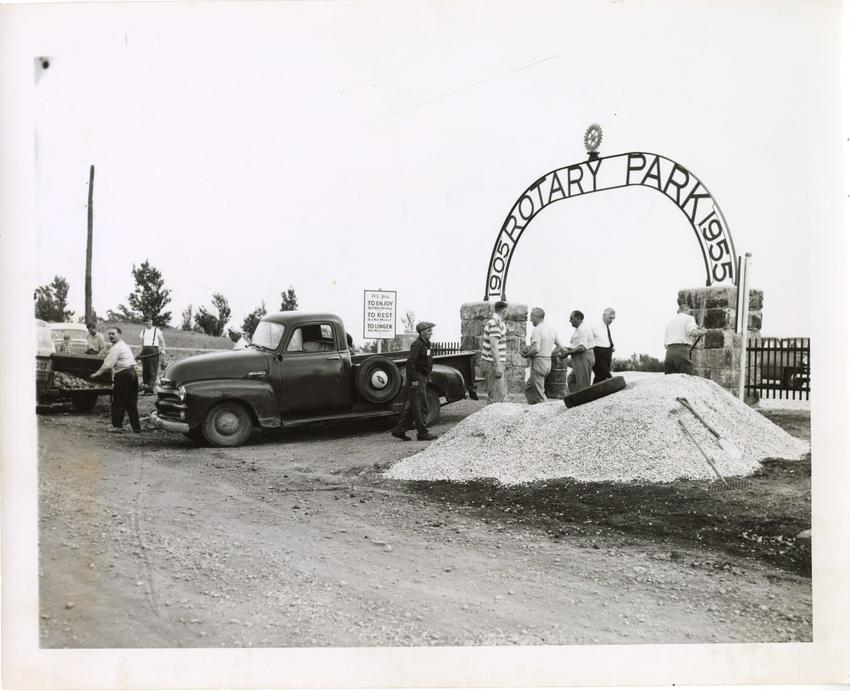 Unloading Gravel in Front of Park

Gordon Elman was born in Glace Bay, Nova Scotia in 1902. He operated a successful automobile business in Sydney for many years and was the majority stockholder in the Community Hotel Company which operated the Isle Royale Hotel. Elman's community involvement covered a wide range - he was President of Temple Sons of Israel, Past District Governor, President of the Board of Trade, President of the Sydney Rotary Club, President of the Innkeepers Guild of Nova Scotia and President of the Maritime Automobile Dealers Association. Mr. Elman was a Third-Degree Mason, a Shriner and served on the Board of Directors of Canada Permanent Trust Company, the Canadian Jewish Congress, the Canadian National Institute for the Blind (CNIB) and served as Sydney alderman. He died in 1972.

Pictured is a Chevrolet 1300 pickup truck.