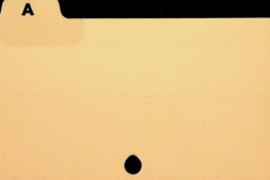 The Sydney Ski Club was founded in 1940 by a group of interested skiers at Sydney, Nova Scotia, with Gordon Naish as its first president. In the late 1940s the group discovered a new ski area at Barrachois, which lead the group to change its name to the Cape Breton Ski Club. In 1969 the Club acquired property at Ben Eoin, and move its operations there. The Club remains in operation.

John Carey was a teacher and the first town clerk of Sydney Mines, Nova Scotia. He was later manager of the Greener Mine.

Colin Cash was born on 23 November 1849, the son of Thomas Cash. He married and had twelve children: Joseph, Mary M., Roderick, Sarah, Margaret, Lizzie, Annie, Catherine, Peter, Thomas, Ambrose, and Mary M. Cash and his family resided at Irish Cove, N.S. where he was a carriage maker, blacksmith, and a miller. Cash died on 3 January 1934.

The Castle Players Society was formed in January 1986 to promote and organize a theatrical retelling of some of the legends relating to Moxham’s Castle and the Moxham Family. The University College of Cape Breton, Cape Breton Development Corporation, and the Federal Youth Employment provided the seed funding with the hope that this would be an annual seasonal production for local and vacationing public.

Catherine MacNeil, also known as Catrìona Iain Ruaidh or Catrìona Bean Ruairidh, was a well-known bard who lived in the far eastern part of the Highlands, Rear Christmas Island. Catherine's father was born in South Uist and came to Cape Breton in 1822. She married Iain Ruairidh "Gilleonan" MacNeil and settled near the foot of Eskasoni Mountain in Rear Christmas Island. The couple remained childless and their life was supposedly difficult, being so far from neighbours. Catherine would later spend considerable lengths of time living with the MacLean family in Rear Christmas Island. Catherine MacNeil was illiterate but Mrs. MacLean states that she insisted in integrity of her songs being preserved by anyone who wished to sing them.

Centre Bras d'Or Association was formed to develop in Cape Breton an environment in which artists, craftspeople, performers, critics, scholars and others could exchange all aspects of their work with one another, with the community at large and with visitors so as to reveal and enhance the natural strengths and the diversity of environment landscape, cultural heritage and creativity for the Island to the cultural and economic benefit of Cape Breton, Nova Scotia. Centre Bras d'Or was inspired by the example of the Banff Centre which brings artists of various disciplines together in a physically beautiful setting. Initially, they set out to seize public attention by mounting an ambitious summer festival of the Arts: 14 days of music, literary readings, weaving, exhibits, dance & theater. The first Festival attracted 4200 people. The vigor and vision of the founding group has brought the Centre a remarkable range of support ranging from Gov't of Canada (Canada Council), Dept. of Employment & Communications, DEVCO, Gov't of Nova Scotia (Dept. of Culture & Development) as well as major national firms and local organizations.

Charles R. "Sharkey" MacDonald was born October 14, 1922 in New Waterford to parents Ronald and Teresa (MacPherson) MacDonald. Charles was known to enjoy hockey and boxing as a youth and carried that interest throughout his life. Charles' nickname "Sharkey" was derived from his resemblance to Lithuanian-American professional boxer and heavyweight champion Jack Sharkey.

Charles "Sharkey" MacDonald enlisted in 1940 at the age of 18 with the Cape Breton Highlanders and served in England, Italy, and Holland and while serving in Italy, was wounded. After the conclusion of fighting in May 1945, the Cape Breton Highlanders remained in Holland until repatriation in 1946. While stationed in Holland, MacDonald was part of a unit softball team known as "The Hayshakers" as well as participating in divisional boxing.

Following the war, MacDonald was a founding member of the Cape Breton Highlanders Association and later served multiple executive roles including multiple terms as president. The association was known for their yearly reunions that assembled former comrades. MacDonald also played a part in seeing the establishment of the Cape Breton Highlanders memorial that sits on King's Road in Sydney, N.S. In addition to his wartime service, MacDonald also worked for over 40 years as a miner for the Dominion Coal Company, a security guard for DEVCO and also as served as a councilor for New Waterford for 17 years.

MacDonald passed away at the age of 88 in 2010 and is buried at the Mount Carmel Catholic Cemetery in New Waterford, N.S.

Shirley Rebecca Chernin (nee Wolfson), volunteer and community leader, was born in Sydney, Nova Scotia on October 23, 1927 to Abraham and Bessie Wolfson. Upon completing a Bachelor of Arts degree at the University of Toronto in 1947, Chernin returned to Cape Breton, where she married Joseph Chernin (1924-2001) of Glace Bay. Chernin resided in Glace Bay for fifty-two years, becoming an influential member of both the Jewish community and the community at large.

A member of the Canadian Hadassah-WIZO since 1948, Chernin has served as President of the Hadassah-WIZO Cape Breton Council and as the National Executive, Regional Chairperson. Chernin also co-convened the Hadassah-WIZO Bazaar throughout its successful forty-two year span.

Playing an integral role in preserving and highlighting the history of Glace Bay's Jewish community, Chernin served as chair of the six-person volunteer planning committee for the Kum A Haym (Home Coming) in 2001. A celebration of the Congregation Sons of Israel's 100th anniversary, the event attracted more than 500 Jewish people from across North America and from as far away as the United Kingdom.

A founding member, chairperson, and participant of the Citizens Service League in Glace Bay from 1967 to 1998, Chernin helped establish the many programs implemented through the organization including Meals on Wheels and the Town Day Care Centre. Chernin also served as chairperson and board member of Cape Breton Transition House and founded and chaired Friends of Transition House. Among Chernin's many other board positions include the Gerontology Association of Nova Scotia from 1989-1992, University College of Cape Breton from 1991-1997, and both the Glace Bay Heritage Society and the Glace Bay Community Health Centre in 1999.

Chernin's volunteer and leadership roles have garnered her numerous awards and honours including the Citizens Service League "Community Service Award" in 1979, the "Community Involvement Award" presented by the Congregation Sons of Israel in 1985, the Federal Government's "Canada 125th Anniversary Medal" in 1992, the Business and Professional Women's Club's "Woman of the Year" in 1994, the Order of Nova Scotia in 2002, and the Board Excellence Award from Transition House in 2005.