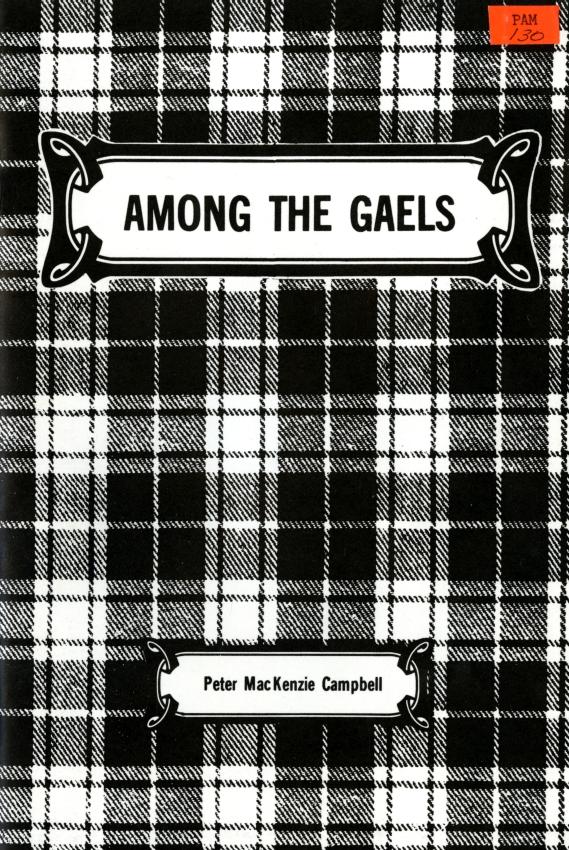 Peter J. MacKenzie Campbell was born in Johnstown, Nova Scotia on 3 March 1898. He was the son of James P. and Mary Jessie (MacKenzie) Campbell. He attended local schools and later attended St. Francis Xavier University. He was employed for many years with the Cape Breton branch of the Co-operative Wholesale Services. He helped organize and was the first president of Johnstown Credit Union. He was president of the Nova Scotia Co-operative Union, director of the Sydney Credit Union, and director of the Co-operative Union of Canada. In 1975, Campbell was presented with a service award by St. Francis Xavier University Extension Department, and was granted an honorary Doctor of Laws, also by St. Francis Xavier. He was a third degree member of the Sydney KOC and a member of Sacred Heart Parish. He was a well known author, especially on Scottish heritage and Cape Breton history. He died on 8 December 1985.

Item is an account of the Gaelic Society of Cape Breton's tour of Scotland in 1974.