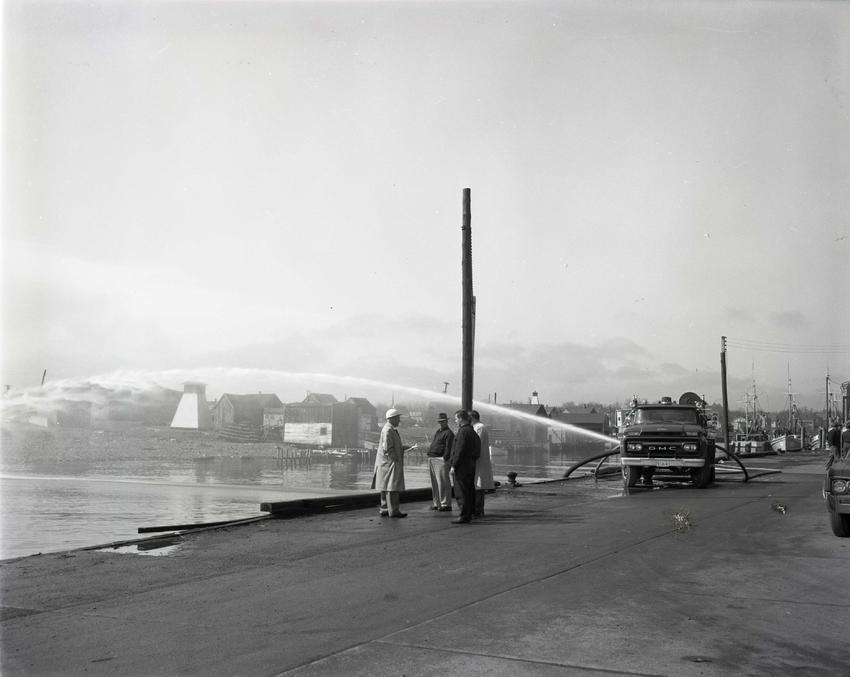 Item is a photograph depicting the testing of a new fire truck.