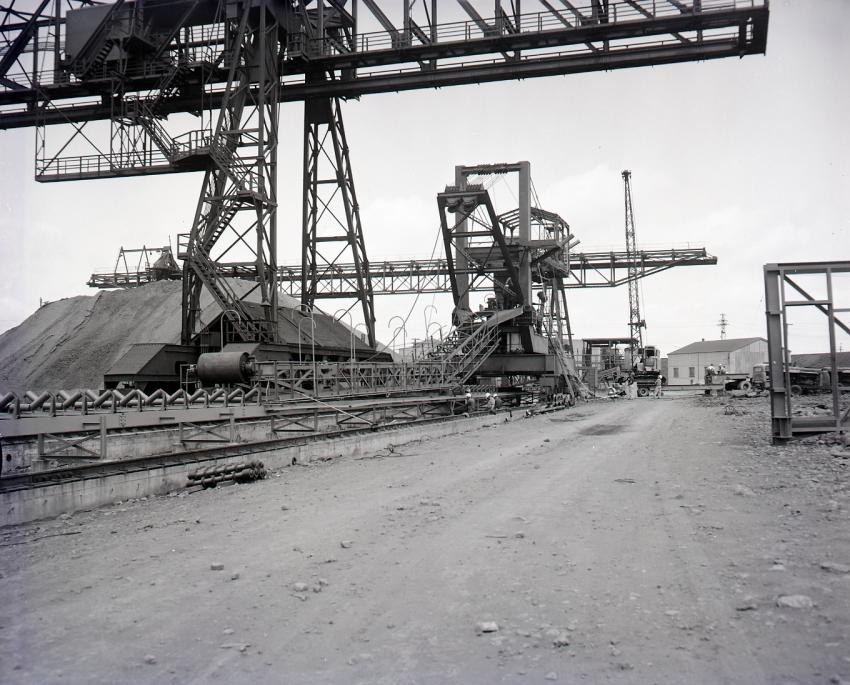 John Jobe "Johnny" Abbass held the title of president of Abbass Studios. He went on to own and operate Econo Colour camera stores throughout the Maritimes. A prominent businessman and member of the local community, he served as vice president of the Professional Photographers Association of Canada and was involved with the Progressive Conservative Party and the Rotary Club of Sydney. He was awarded the Queen Elizabeth II Golden Jubilee Medal in 2002 for outstanding contributions to his community. After his retirement from the business, his sons Blaise and John took over the Studios.

Item is a photograph of DOSCO blast furnace operations, showing the two brown bridges that moved the raw materials from the stockpile for eventual use in the furnace. Note the conveyor system beneath the bridges, which transported stock from the docks.