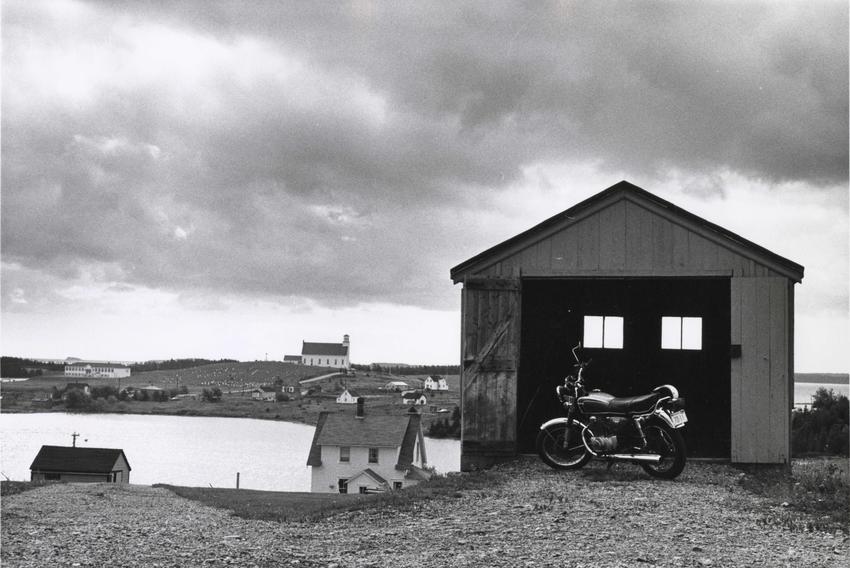 Sid Kerner was born in Brooklyn, New York in 1920. As a young man of 17 joined a Photo League where, with other photographers, attempted to reflect the times they lived in and to document what was wrong as well as what was good about our society. He also studied Modern Dance and was associated with a Theater/Dance group appearing on TV in 1939. During World War II, he served with the 28th Photo Reconnaissance Squadron in the Pacific winding up on Okinawa. After the war, he became a documentary film camera operator. In 1953, he worked at NBC-TV as a lighting director and with the advent of videotape, left and joined ABC-TV again as a lighting director. He retired in 1991 though after retirement was an active worker on a photographic series entitled "Chelsea Document." He also taught two classes of photography in the local community centre in Chelsea, New York.

Pictured is a Honda CB350 motorcycle.