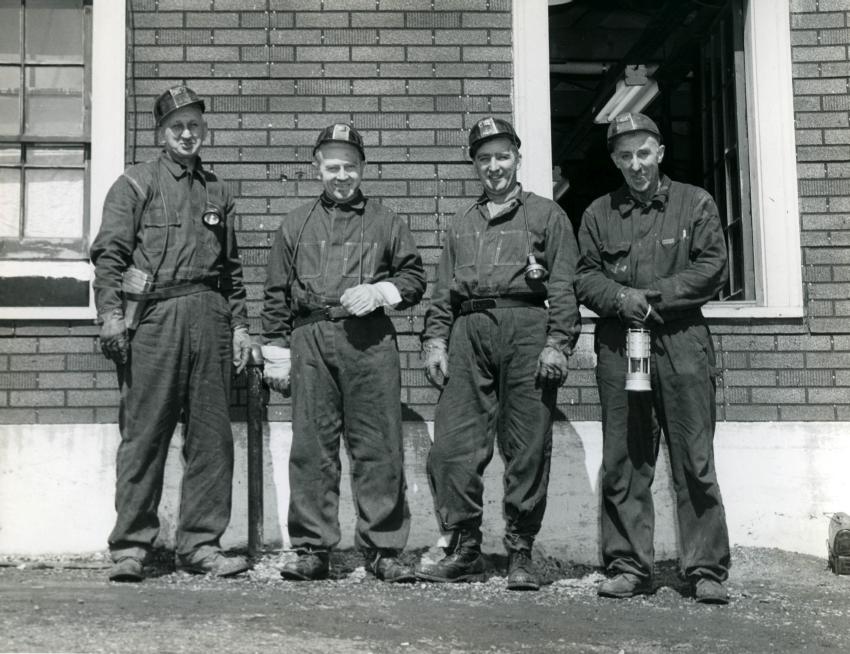 Shedden Studio was founded by David Thompson Shedden in 1916. Mr. Shedden continued to work part-time as a meat cutter until the business gained traction within the local community. In 1930 the eldest of David Shedden's children, Stanley, began working as a photographer for the Studio. He was responsible for taking the photograph of aviator Beryl Markham's plane crash in Baleine, Nova Scotia in 1936. This photograph ran in the New York Times and this negative along with a selection of others are still held by the Shedden family in a private collection. Tragically, Stanley succumbed to illness at the young age of 26. Prior to serving overseas during WWII, David’s other son Leslie, trained as a photographer. When he returned in 1945, he started working with his father at the studio and took over operations when David died in 1948.

Just before Stanley began working with his father, a fire in 1929 destroyed all earlier negatives of the commercial studio. Although there is speculation that Sheddon Studio was contracted by local coal company British Empire and Steel Corportation (BESCO), the negatives no longer exist. This loss was further compounded with the destruction of more negatives before the sale of the company to Cyril McDonald in 1977.
The remaining negatives document the commercial activity of the studio from 1948 to the mid-1970s. The collection consists of portraiture, wedding, anniversary, school groups and graduation photography. Religious ceremonies and social events located mainly in Glace Bay and surrounding areas are also included. A separate grouping of negatives documenting industrial contracts with the Dominion Steel and Coal Company (DOSCO) from 1948-1968 also survived.
McDonald continued to provide reproduction prints on request until 2006. At this time, he decided to donate the first grouping of Shedden negatives to the Beaton Institute at Cape Breton University. McDonald donated the remaining Shedden Studio negatives to the archive in January, 2016 and no longer provides photography services.

Item is a photograph of Mr. Earl Chubb visiting the #18 colliery on Nov. 18, 1956, along with other officials, a few months before he was made the President of the Dominion Coal Company. Left to right: Ernie Beaton, Earl Chubb, Grant Mitchell, D.R. MacKenzie.