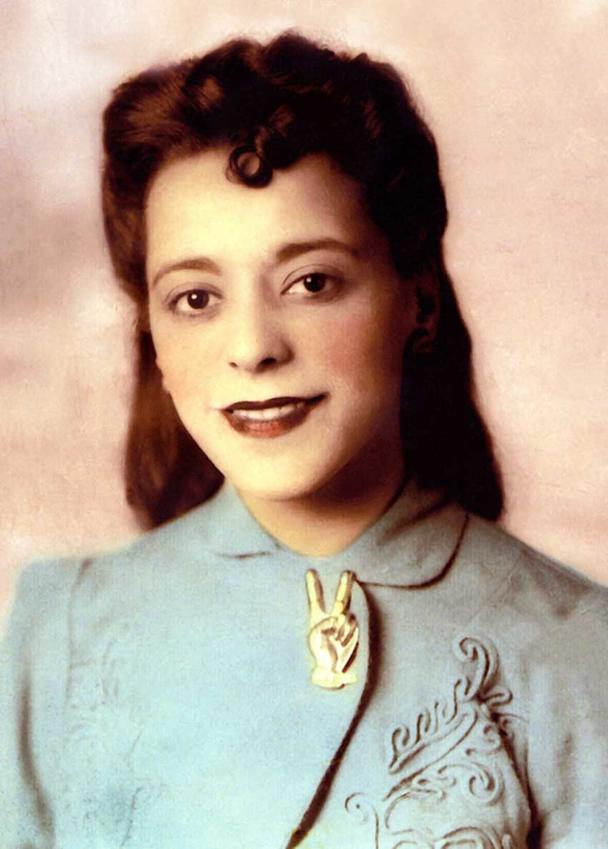 Wanda Eloise Robson (née Davis) was born December 16, 1926, in Halifax, Nova Scotia; one of fifteen children born to James Albert and Gwendolin Irene Davis. She attended Sir Charles Tupper School, Alexandra School, Bloomfield Junior High School, and graduated from Queen Elizabeth High School. Upon graduating high school, she began working as a lab assistant for the Federal Fisheries department in Halifax. After years of living as a single mother with three children, Wanda married Joe Robson in 1971. The couple moved to North Sydney in 1975. In 2004, Wanda completed her BA at UCCB (now Cape Breton University). Much like her sister, Viola Desmond, Wanda has experienced racial discrimination and since her graduation has become a spokesperson for African Nova Scotians. Her role as such and communication with the Nova Scotia Legislature led to Viola’s posthumous pardon in 2010. Wanda published a book in 2010 titled Sister to Courage, a novel that recounts the courage and ambition of Viola Desmond and the Davis family. Wanda received a Doctor of Letters, honoris causa, from Cape Breton University in 2012. She currently lives in North Sydney, Nova Scotia with her husband Joe.

Viola Irene Desmond (née Davis) was born July 6, 1914, in Halifax, Nova Scotia; one of fifteen children born to James Albert and Gwendolin Irene Davis. Desmond attended Sir Joseph Howe Elementary School and Bloomfield High School before moving on to become a teacher in Preston and Hammonds Plains at two racially-segregated schools. In 1936, she enrolled in the Field Beauty Culture School in Montréal, one of the few institutions that accepted black students. She continued her education in New York and later, in 1940, received a diploma from the Apex College of Beauty and Culture and Hairdressing in Atlantic City. Viola married Jack Desmond, a barber, in 1936, by a Baptist minister. In 1937, Viola returned to Halifax to open Vi’s Studio of Beauty Culture on Gottingen Street which sparked a product line called Vi’s Beauty Products. In addition to the salon, Viola started the Desmond School of Beauty Culture for black female students on the East Coast of Canada. On November 8, 1946, Desmond refused to move from the whites-only section of the Roseland Theatre in New Glasgow, an act that resulted in a conviction of tax evasion. She was the first Canadian to receive posthumous pardon and was a significant figure in the rise of the Civil Rights Movement in Canada. She died in New York City on February 7, 1965, at age 50.

Records were collected and maintained by Dr. Wanda Robson (Hon.) and her husband Joe Robson. The records pertain to Wanda's career and family life, including records documenting the life of her sister Viola Desmond. Dr. Graham Reynold's, as the Viola Desmond Chair in Social Justice at CBU, facilitated the donation. The records were donated by Wanda and Joe Robson to the Beaton Institute on June 9th 2016.

Collection consists of textual records, photographs and clippings related to the life and legacy of Viola Desmond and her sister Wanda Robson. The materials also document Dr. Graham Reynolds work in social justice in conjunction with Dr. Robson (Hon.).