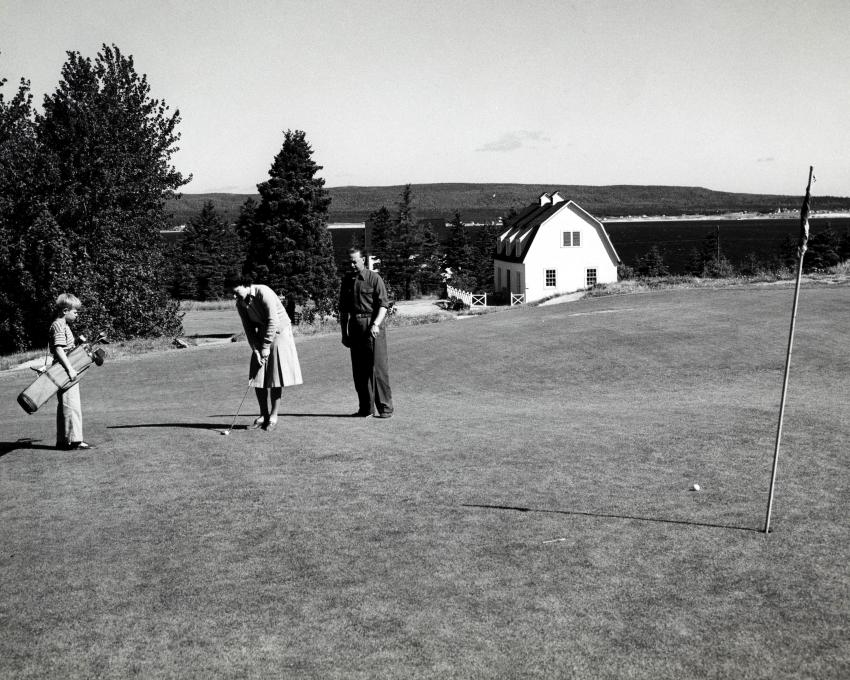 Photograph was donated to the Beaton Institute Archives by the Hon. Michael Dwyer in 1977.

Item is a photograph of Governor-General Viscount Harold Alexander and Lady Margaret Diana, his wife, playing golf at the Keltic Lodge in Ingonish.