Item is a photograph of a man and his horse outside Morrison's Mill in Sydney.

Item is a postcard depicting the General Hospital in Glace Bay, N.S. as it stood in the early 20th century. 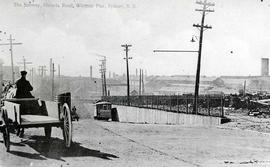 Item is a postcard depicting the Victoria Road subway in Whitney Pier, N.S. 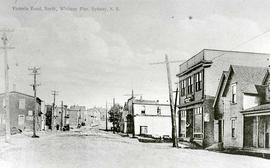 Item is a street view of the northern end of Victoria Road in Whitney Pier, N.S.

Item is a photograph of a view of Louisbourg.

Item is a painting of the landing of New England Forces in Louisbourg. 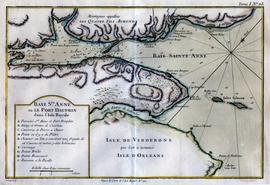 Item is a postcard of several ships afloat surrounded by smoke from fires. 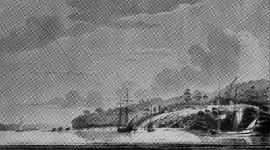 Item is a photograph of a painting of the founding of Sydney.

Item is a photograph of a painted portrait of Capt. Cochrane, later Lord Dundonald. The item is a self portrait, with the background being the seawall in Halifax.

Fonds consists of a copy of a licence to open and keep a school in Sydney, together with certification that Mr. Hogan took oath against Popery. 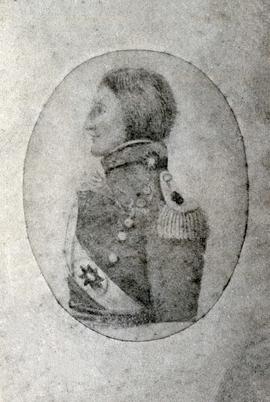 Item is a photograph of Captain Charles Barrington, a resident of Barrington Park, Sydney Mines. 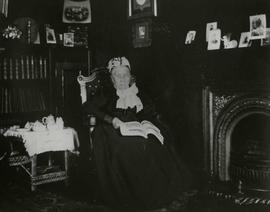 Item is a photograph of Angus MacDonald of Castle Bay

Fonds consists of a character reference for Hector MacNeil, one of the first Scottish settlers of Christmas Island.

Item is a painting of a view of Sydney that was created by Lt. Col. Kearney. 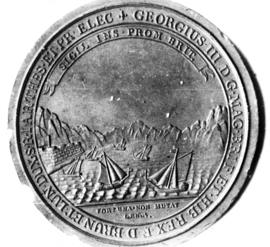 Item is a photograph of the seal of Cape Breton Island.

Fonds consists of three photocopies of character references for Ronald MacDonald, from South Uist who settled at Gillis Lake.

Item is a photograph of Sydney Harbour.

Item is a photograph of a view of Sydney.

Item is a painting of the temporary residence of Captain Bradford, painted by Col. Alex Cavalie Mercer who lived from 1783-1868.

Item is a watercolour painting of Captain Crawley's house in Crawley's Creek, done by Captain Alex Cavalie Mercer who lived from 1783-1868.

The Spirit of the Times, and the Cape Breton Free Press

Daniel Cobb Harvey: "The only other newspaper which originated in 1840 was the Cape Breton Advocate, published at Sydney by Richard Huntington and edited by the Reverend Otto S. Weeks, principal of the Grammar School. It ran until the end of 1841 when the press was taken over by J.D. Kuhn, who published the Spirit of the Times, an agricultural, commercial, literary, and general newspaper. It lasted until 1846, when the plant was again sold to William C. McKinnon, who changed the name first to the Cape Breton Spectator but afterwards to the Times and Cape Breton Spectator. The latter ceased publication in 1850 and was succeeded by the Commercial Herald, which lasted but a few months. McKinnon in turn sold to James P. Ward, who published the Cape Breton News and conducted it successfully until 1871 or 1872."

Item is a watercolour painting by Captain Alex Cavalie Mercer (1783-1868) of the Wilmot House in Sydney.

Item is a photograph of Rev. Norman MacLeod. 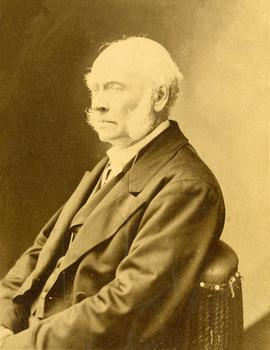 Item is a photograph of the first Presbyterian Minister in Sydney Mines from 1842-1883, Rev. Matthew Wilson.

The Commercial Herald was owned and edited by William C. MacKinnon. Gertrude E. N. Tratt: "It lasted for only a few months and was followed almost immediately by the Cape Breton News."

Stores on the Esplanade, Sydney

Item is a photograph of Anderson's Paint Store, originally owned by James Anderson, the Sydney Steam Mills, a bakery, general store and a dry goods store on the Esplanade in Sydney.

Item is a Gaelic Magazine. 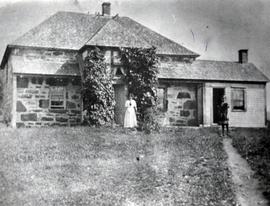 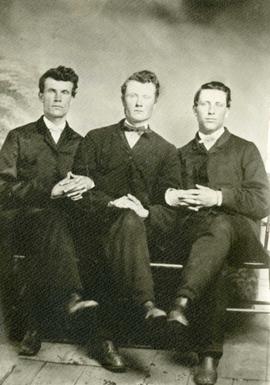 Item is a photograph of the first graduates of Arichat College, which was founded in 1853. Two years later, the College was moved to Antigonish and St. Francis Xavier College was established.

Item is a photograph of the Bourinot House on the Esplanade in Sydney.

Donation consists of one land grant in the name of Murdoch MacDonald at Boularderie Island. Signed on December 20th 1859 by Charles Tupper. Registered in 1860.