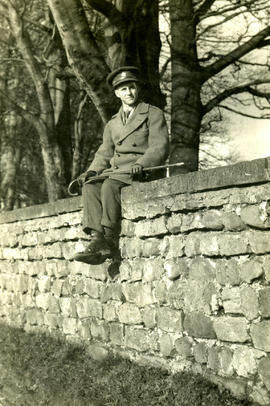 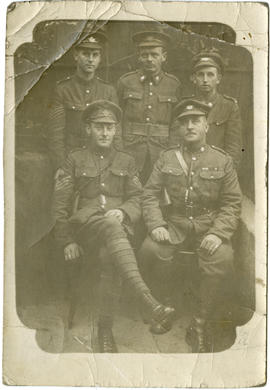 Item is a postcard showing five members of the 25th Battalion of the CEF taken during World War 1. The photo was taken after a "champagne supper" the night before and is noted as being "taken with a small hand camera." The soldiers are identified on the reverse as: RSM Hinchcliffe (died at Vimy), CQMS Hills (Susie), Sgt. P.C. Willmot, Cpl. P. Walker, and Pte. Dr. 'Pete' Murray. 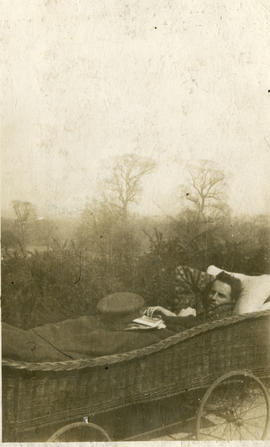 Item is a postcard showing Percy Willmot lying in a carriage on a road during World War 1. A note on the reverse reads: "'Me + My Ford' Very comfy. K[indecipherable] Pk. April 23/15. P." 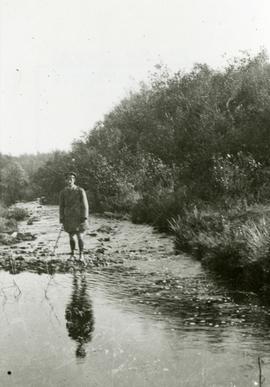 Item is a photograph of Percy Willmot standing in a stream somewhere in Europe during World War 1.