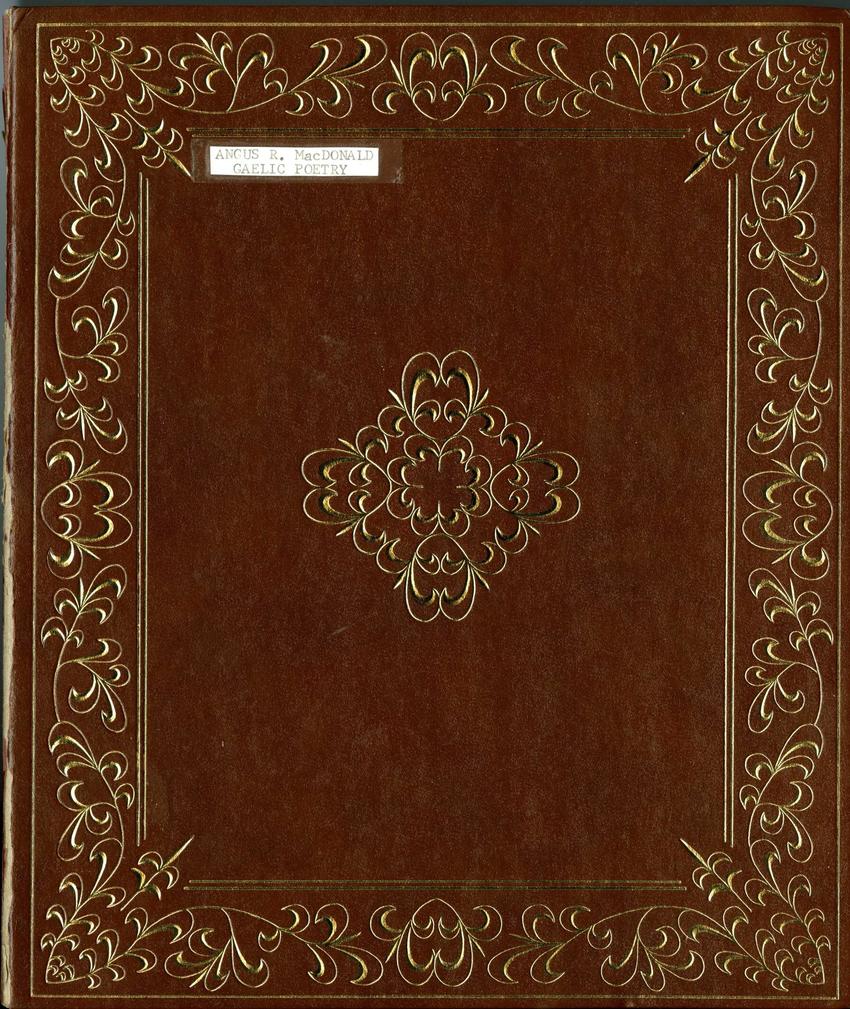 “Angus R.” was born on the French Road in 1884. He was a carpenter “by nature,” whose handicraft is found in the churches he built. He was fond of singing in Gaelic and when new verses were needed he would write them. MacDonald lived in Boston from 1922-1931 but as he did not feel he was experiencing enough success to warrant being far from Cape Breton he returned to work as a carpenter in New Waterford.

Fonds consists of papers including poetry, book excerpts, and a scrapbook. Papers include: