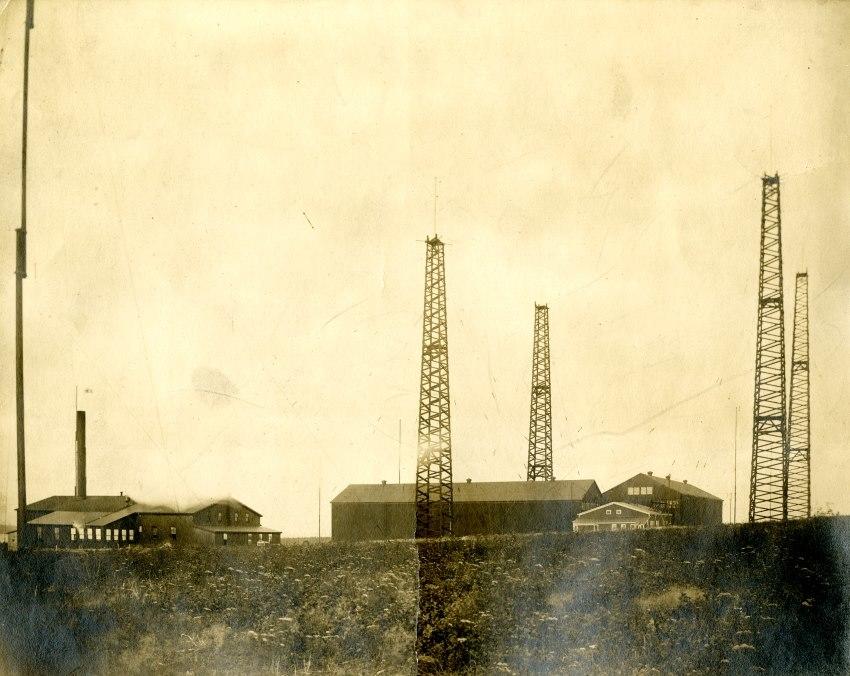 Amos Ingraham Rice, born in 1850 in North Sydney, Cape Breton, was the son of Robert Muckford Rice and Sarah Maria Ingraham. He married Eliza G. and they had five children: Charles, Robert, Ingraham, James, and Frances. He became a photographer in 1865 when he opened a studio in Washington, DC. with his brother Moses Rice. He opened his own Portrait studios in North Sydney and New Glasgow. The North Sydney studio labelled their photos with Amos I. Rice, while the New Glasgow studio labelled their photos as A. I. Rice. He also opened Rice Studios Limited in Montreal with Moses and later moved to Montreal, where he died on November 23, 1912.

Photograph was donated to the Beaton Institute Archives by William MacDonald.

Item is a photograph of Marconi Towers at Table Head, Glace Bay.