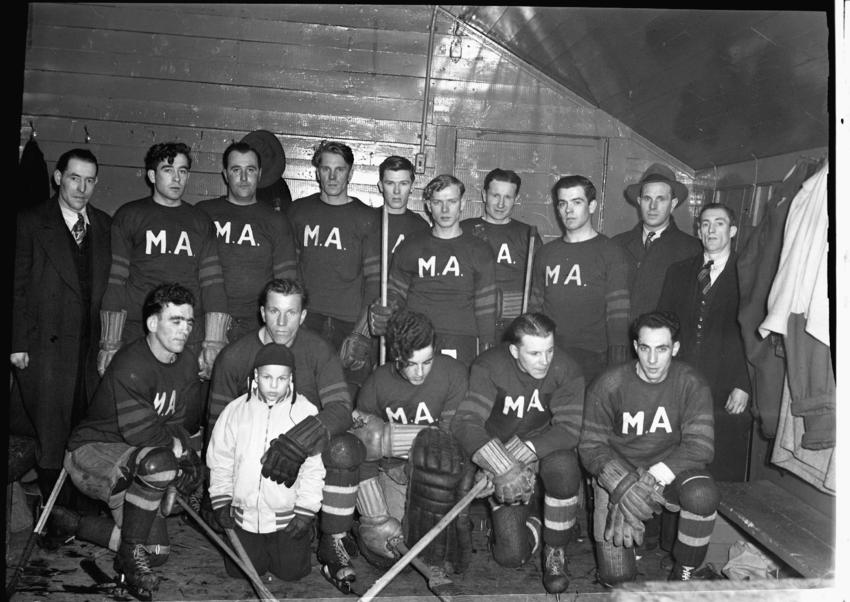 Item is a photographic portrait of the Morien Aces hockey team.