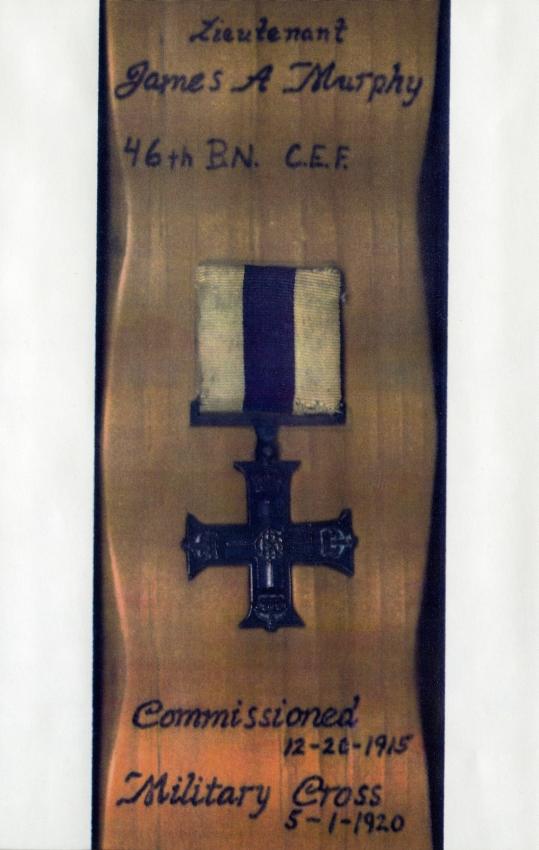 James Murphy was born in Margaree, Cape Breton in 1893, and began working in a coal mine at an early age. He enrolled at St. Francis Xavier University to complete his high school education, but during his first year at college war broke out and he was selected to go to the Royal Military College where he obtained his commission as Lieutenant. His military career began in 1916, serving at Somme and Vimy Ridge where he was wounded receiving the Military Cross in 1920. He resumed his education after the War, completing two years of engineering. In 1923, Murphy went to the United States where he worked at various jobs, married, raised a family and settled in Detroit where he retired in 1961.