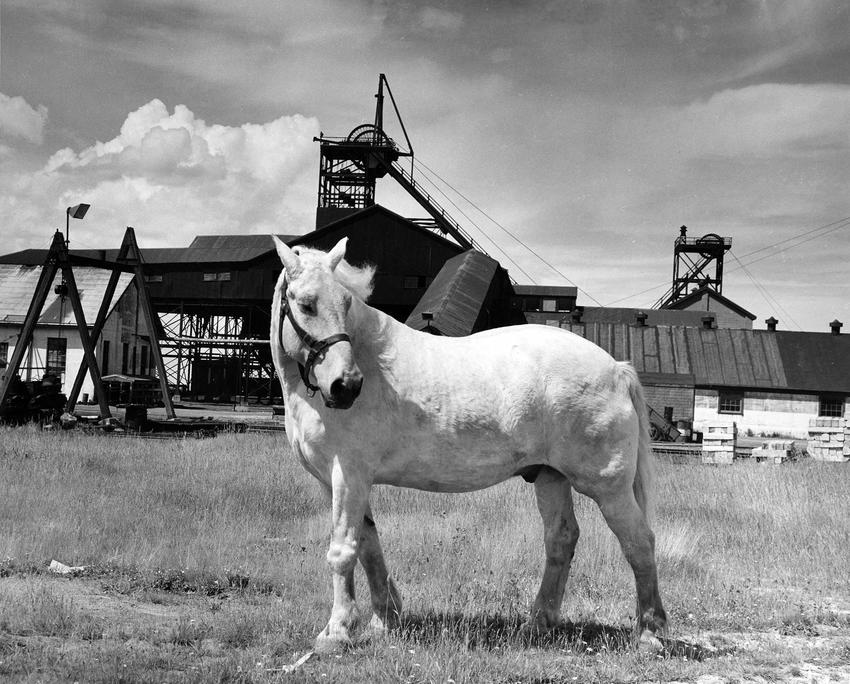 Fraser at No. 1-B Colliery

Leslie Shedden was born in Glace Bay, Nova Scotia in 1913 to Scottish immigrant parents. His father, David T. Shedden founded Shedden Studios in 1916. In 1939 he enrolled in the Winona Lake School of Photography in Winona, Indiana. Later the same year, he enlisted in the Royal Canadian Air Force, Photography section. He was stationed in Sydney, N.S. for most of his military career, before being stationed in Lunenburg, Germany in September, 1945. Shedden returned to Glace Bay after being honourably discharged from the military and resumed working with his father. He became the owner of Shedden Studio after his father’s death in 1948.

Shedden’s photography consisted primarily of portraits, as well as weddings, storefronts, and school yearbook photos. He also produced several hand-coloured landscape photos of Cape Breton Island. In 1948, he was contracted by the Dominion Steel and Coal Company (DOSCO) as company photographer. This would be the most significant contract of his career that would last over two decades. Shedden retired in 1977 and sold Shedden Studios to local Glace Bay photographer, Cyril J. McDonald. He died a decade later in 1987.

Item is a photograph of Fraser, the last of the No. 1-B pit ponies. Fraser spent more of his life-time at the service of the coal company than any other horse in the company's history. He is shown here on the occasion of his retirement.

Photograph was donated to the Beaton Institute Archives by Ernest Beaton.