File consists of a scrapbook compiled by Cape Breton Highlanders veteran Ralph Davies who was one of two Cape Breton Highlanders veterans who traveled to Italy in 1975 as part of an official Canadian pilgrimage to Italy to mark the 30th anniversary of the liberation of Italy. The scrapbook contains Davies' name tag, an itinerary, flight receipts, newspaper clippings, Davies' international certificates of vaccination, a list of names of special guests, postcards, copies of the orders of ceremonies for different war cemeteries, booklets, and photographs.

Item is a scrapbook that was compiled for the 200th Anniversary of Sydney celebrations that includes reproductions of photographs, event tickets, and newspaper articles, as well as listings of Black men who served during wartime, and a history of the Black population in Sydney.

Item is a scrapbook composed of clippings pertaining to Moxham's Castle, Sydney. The included clippings were published between the dates June 11, 1914 and April 26, 1966 in the Chronicle Herald and the Cape Breton Post and provide information about the castle's conversion to a World War 1 military hospital and its destruction in 1966. 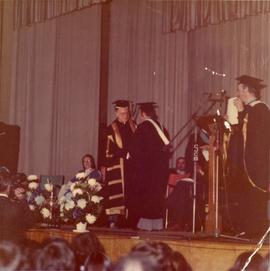 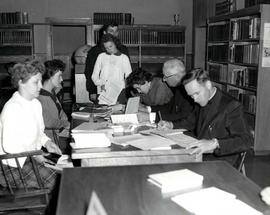 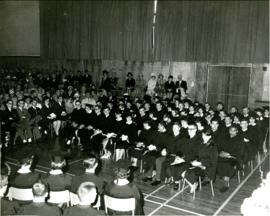 The item is a scrapbook documenting the years 1966 to 1968 at Xavier College. Highlights covered in the scrapbook include photographs featuring staff, students and visitors of Xavier College. Textual documents such as correspondence and programs related to operations and events at the school are also included. A few of the specific items found in the scrapbook are:
-News clippings and invitation to the induction of Dr. Jan Huntjens to the faculty of Xavier College
-News clippings, programs, tickets and images for the opening ceremony of the Xavier College Science building which took place on December 3, 1966
-News clippings, images, invitations, programs and tickets for the 1967 and 1968 graduation ceremonies at Xavier College.
-Issue of St. Francis Xavier University Newspaper The Xaverian, the issue is dated October 7, 1966
-Xaclibur bulletins included dates are: January 25, 1967, February 22, 1967, March 1, 1967 and March 22, 1967, April 5, 1967 and April 12, 1967
-Issues of the Xavier College newspaper the Xcalibur Issue. A majority of issues have only the month of publication only one issue has the exact date of publication. Issues with the month of publication: October 1966, January 1967, March 1967, October 1967, November, 1967, December, 1967, January, 1968 and April 1968. Issue with the exact publication date: December 1, 1966. The Xaclibur is still the same newspaper as the Excalibur, the name was changed the reason why it was changed can be found in the October, 1966 issue of the Xcalibur. 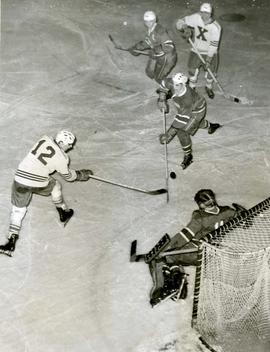 The item is a scrapbook documenting the years of 1968 to 1971 at Xavier College. Highlights covered in the scrapbook include photographs featuring staff and students of Xavier College and St. Francis Xavier University. Textual documents such as correspondence and programs related to operations and events at the school are also included. A few of the specific items found in the scrapbook are: 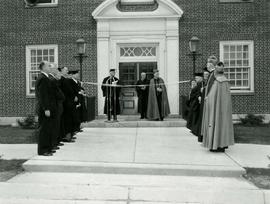