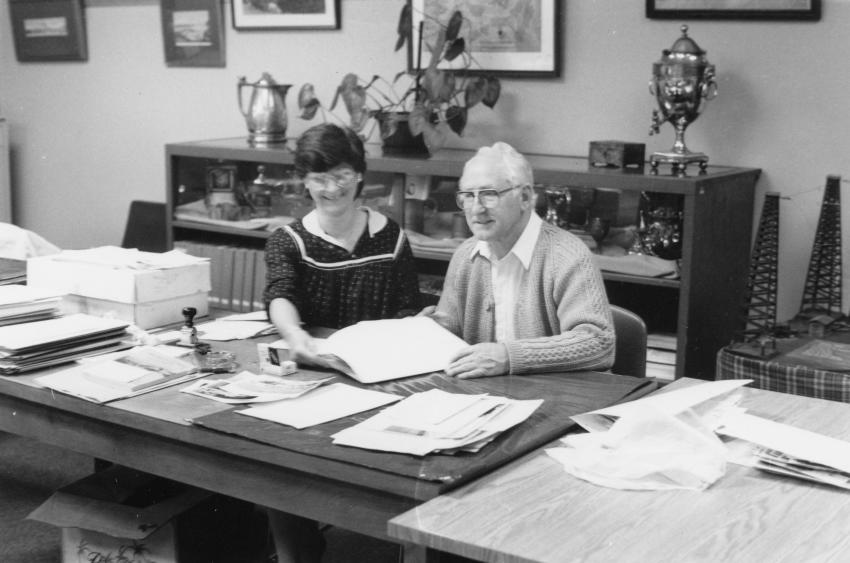 28 cm of textual and graphic materials

Leonard (Len) Stephenson was born on November 6, 1921 in Dominion, Nova Scotia. After working briefly as a coal miner before the outbreak of World War 2, Leonard joined the Merchant Marines and served as a medic for the duration of the war. After returning to Dominion, he worked as local postmaster from 1952 until 1987 and also served for more than fifty years with the Dominion Volunteer Fire Department. Stephenson published a souvenir booklet titled The History of the Dominion Volunteer Fire Department as well as a history of Dominion to mark the town's 75th anniversary.

A dedicated volunteer and community historian, Mr. Stephenson spent many years developing and operating the Dominion Heritage SchoolHouse Museum as well as collecting and preserving many records related to the heritage of Dominion and its people. His commitment to volunteerism extended to participation as a board member for organizations such as the Cape Breton Miners' Museum, Children's Aid Society of Cape Breton, the Dominion Credit Union and Seaview Manor.

Len Stephenson and his late wife Audrey have two daughters, Mary Anita McCormick and Joanne Gillis. Mr. Stephenson passed away at the age of 95 on August 27 2017.

Collection consists of the following:

Collection in process of being placed online.