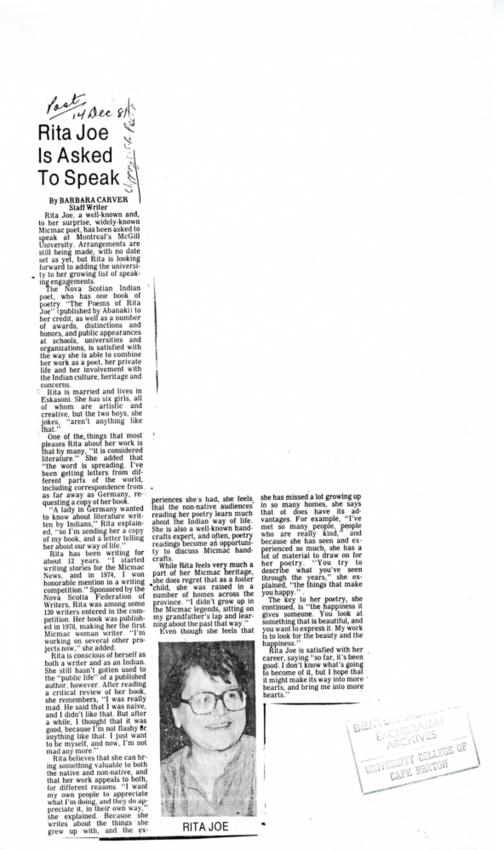 Rita Joe was born at Whycocomagh, Nova Scotia on 15 March 1932, the daughter of Josie (Gould) Bernard and Annie Googoo. She was orphaned at the age of 5 and went to the Shubenacadie Residential School until the age of 16. She completed her education through the Eskasoni Education Program. She married Frank Joe on 16 January 1954 and they had eleven children. Rita became a writer and published several books, including Poems of Rita Joe (1979), Song of Eskasoni (1989), L'nu and Indians we're Called (1992) and Song of Rita Joe (1996). She received the Order of Canada in 1990, membership in the Privy Council in 1993 and honourary doctorates from Dalhousie University (1993), University College of Cape Breton (1997) and Mount Saint Vincent University (1998).

File consists of various newspaper clippings re: Rita Joe, including her obituary and an article announcing her death in 2007. File also includes a university report entitled "Rita Joe: Mi'kmaq Poet" written by Joanne Peck in 1994.