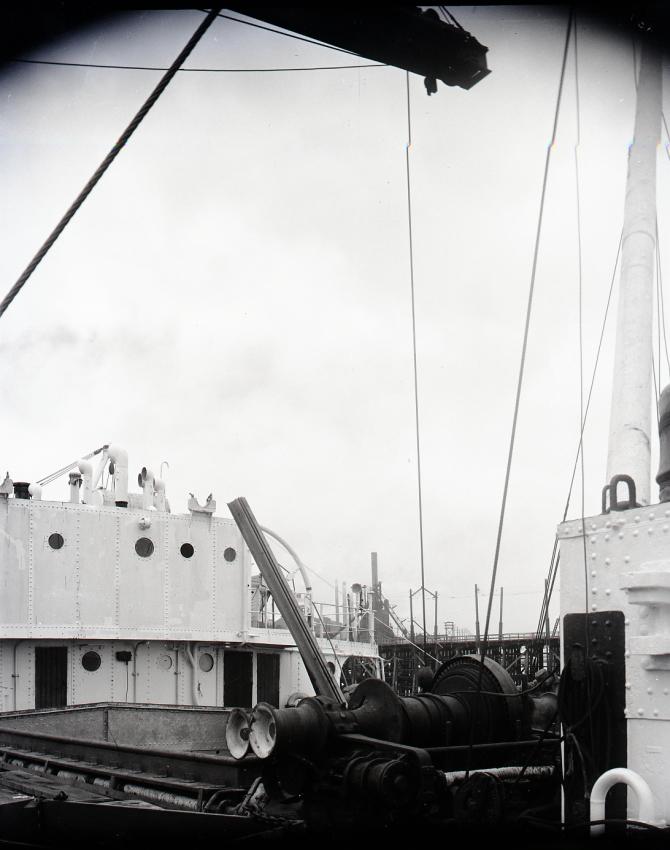 Item is a photograph of the DOSCO docks, showing the boom of the crane at the low or number one pier with its cable extended into the hold of a ship. Rails were shipped from the low pier using this equipment.